Public invited to give ideas for future of downtown, The News Herald, 5/12/2017 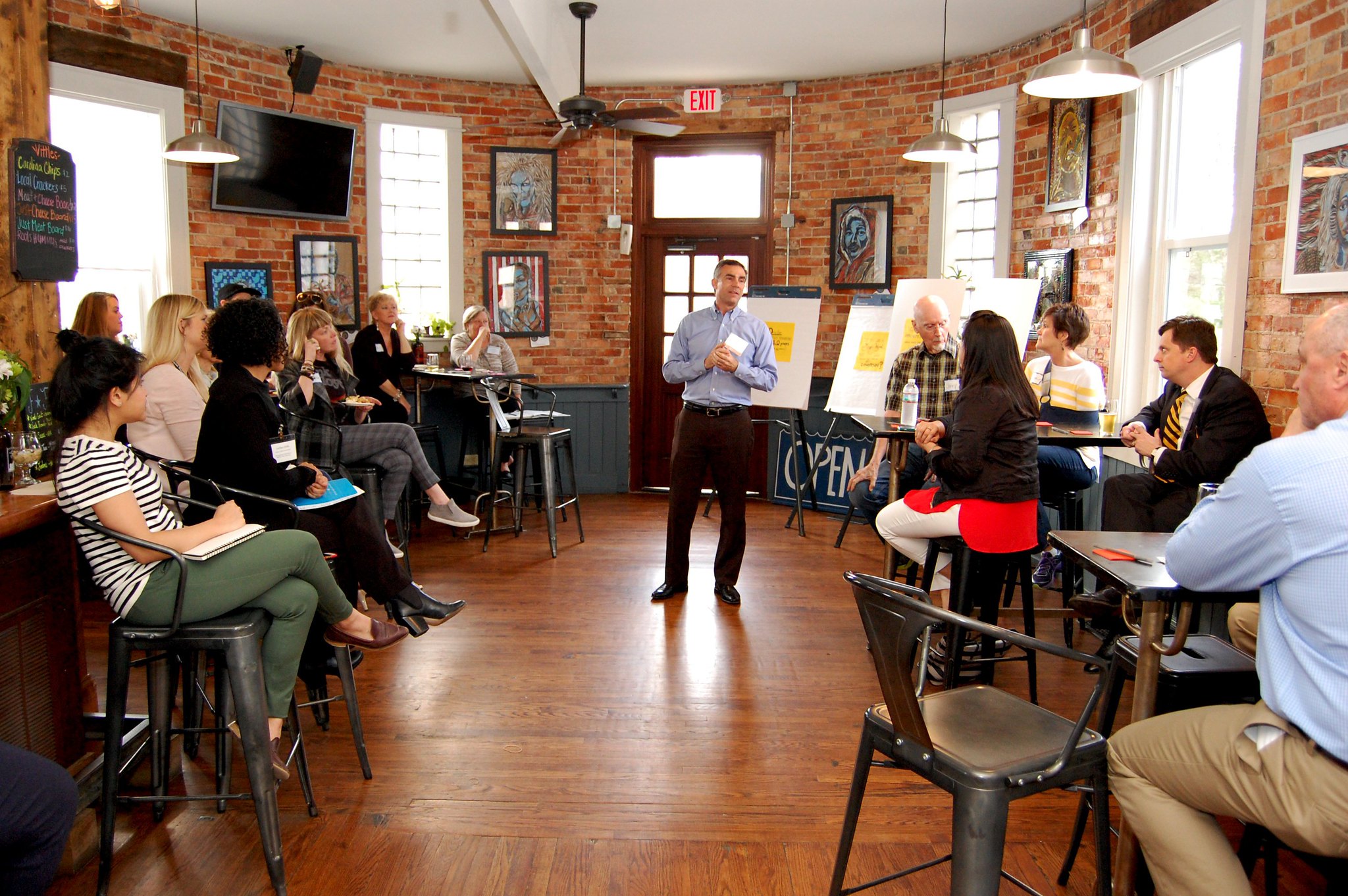 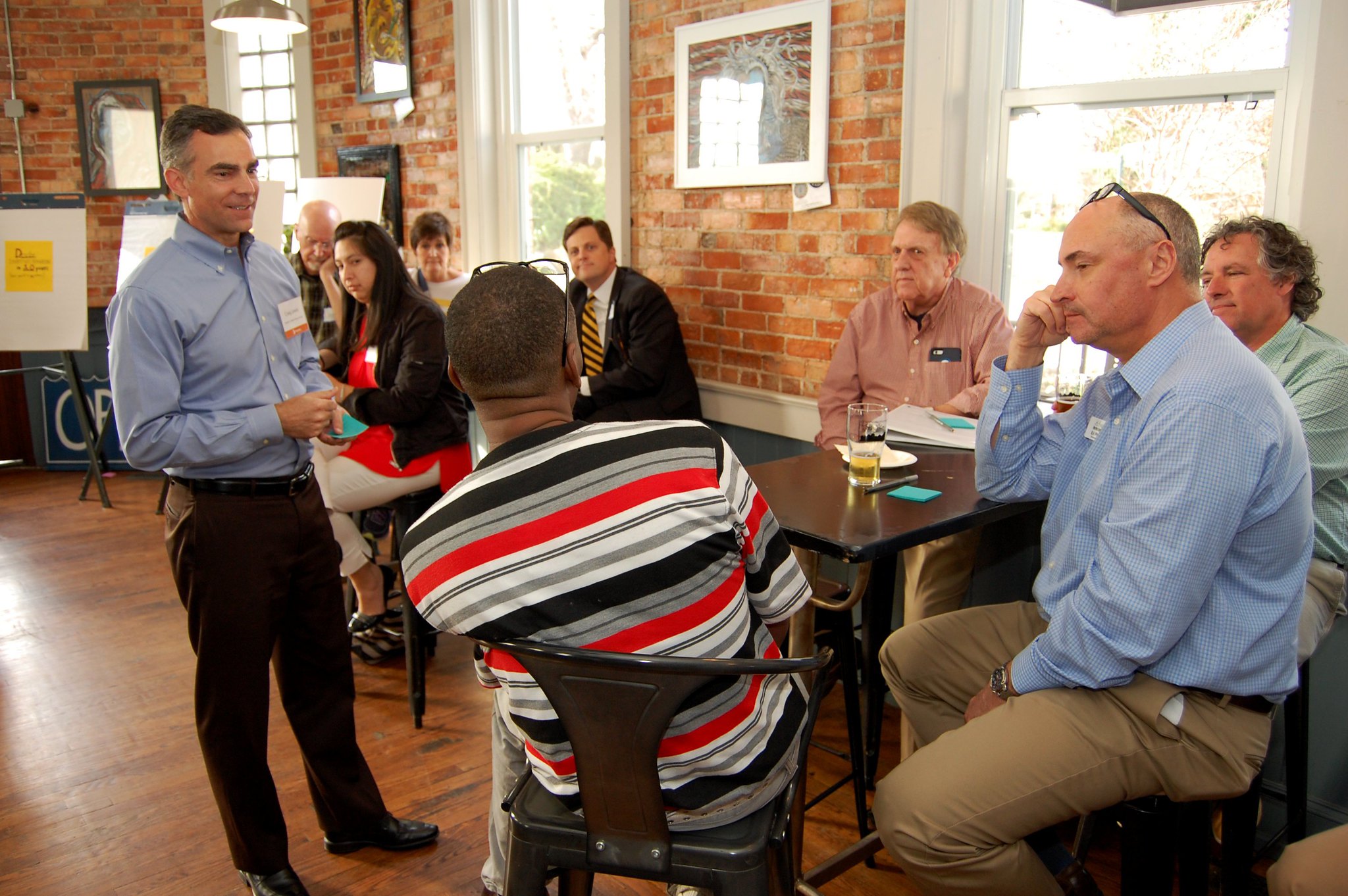 Amanda Morell, Stantec, places suggestions on an idea board during the Steering Committee Kick Off meeting Monday night, March 27, 2017, at Fonta Flora. 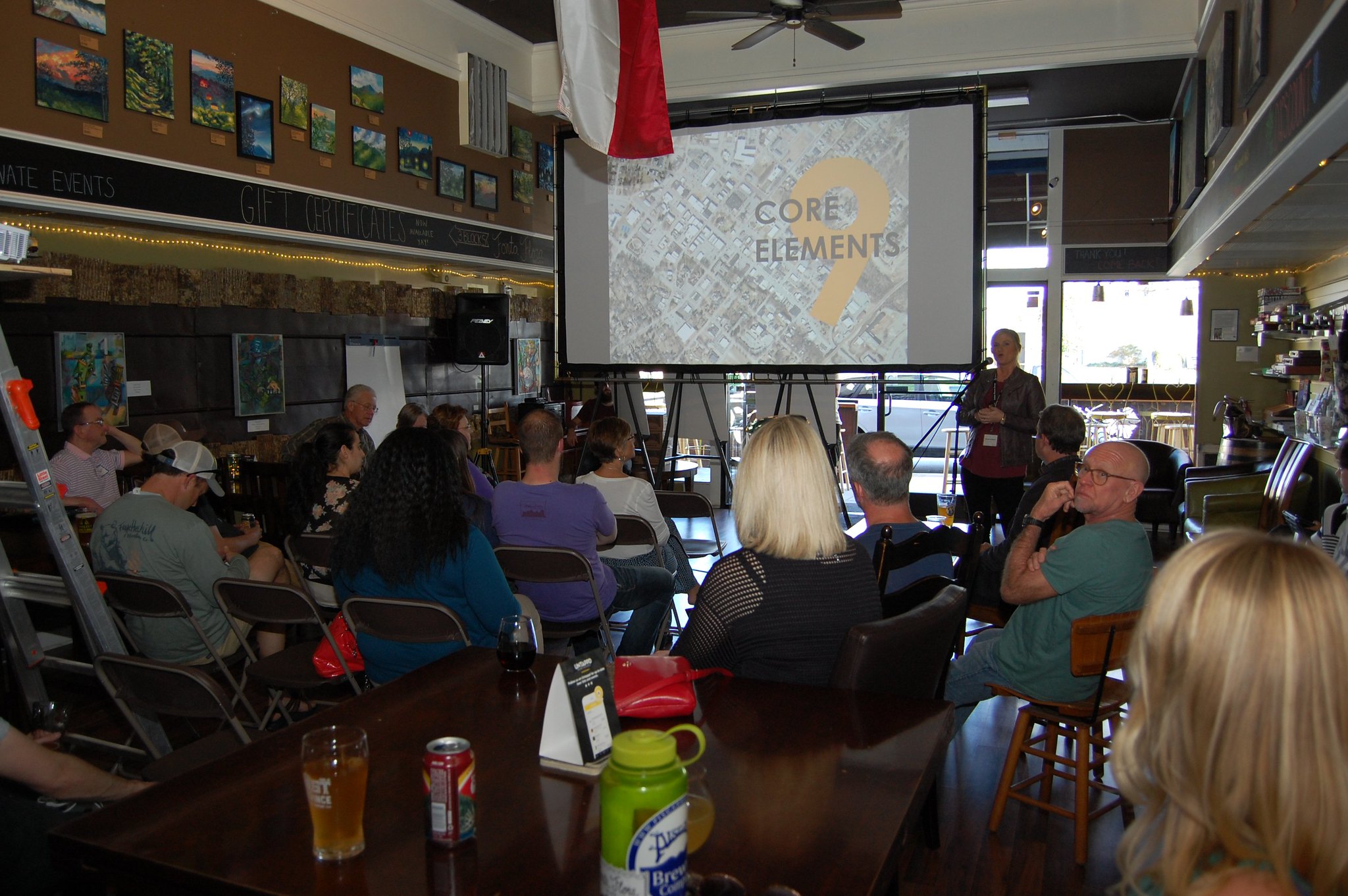 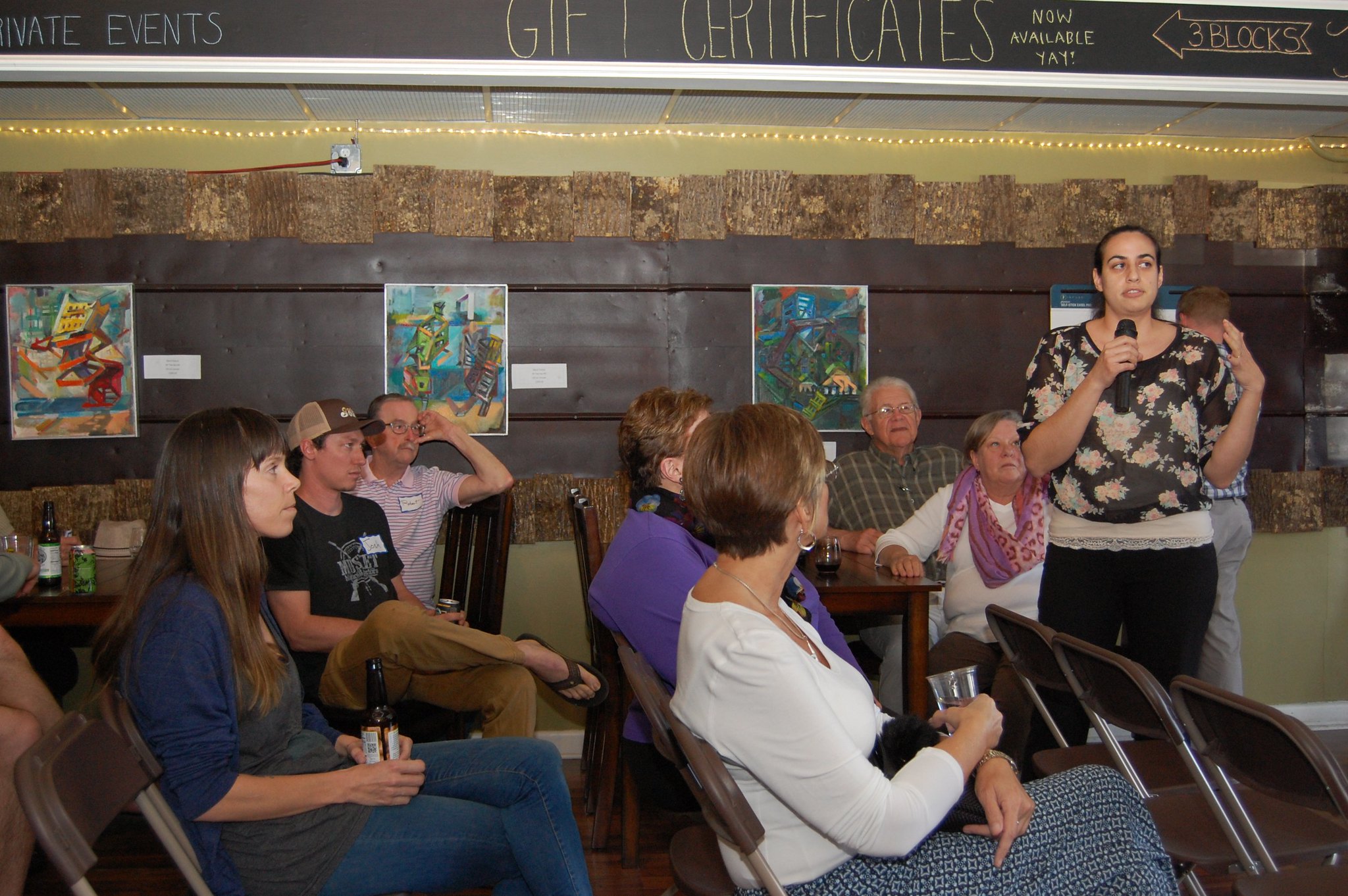 Aimee Perez, owner of Root&Vine in downtown shared her opinions as a citizen and business owner during Morganton On Tap held at Brown Mountain Bottleworks Tuesday night, March 28, 2017. 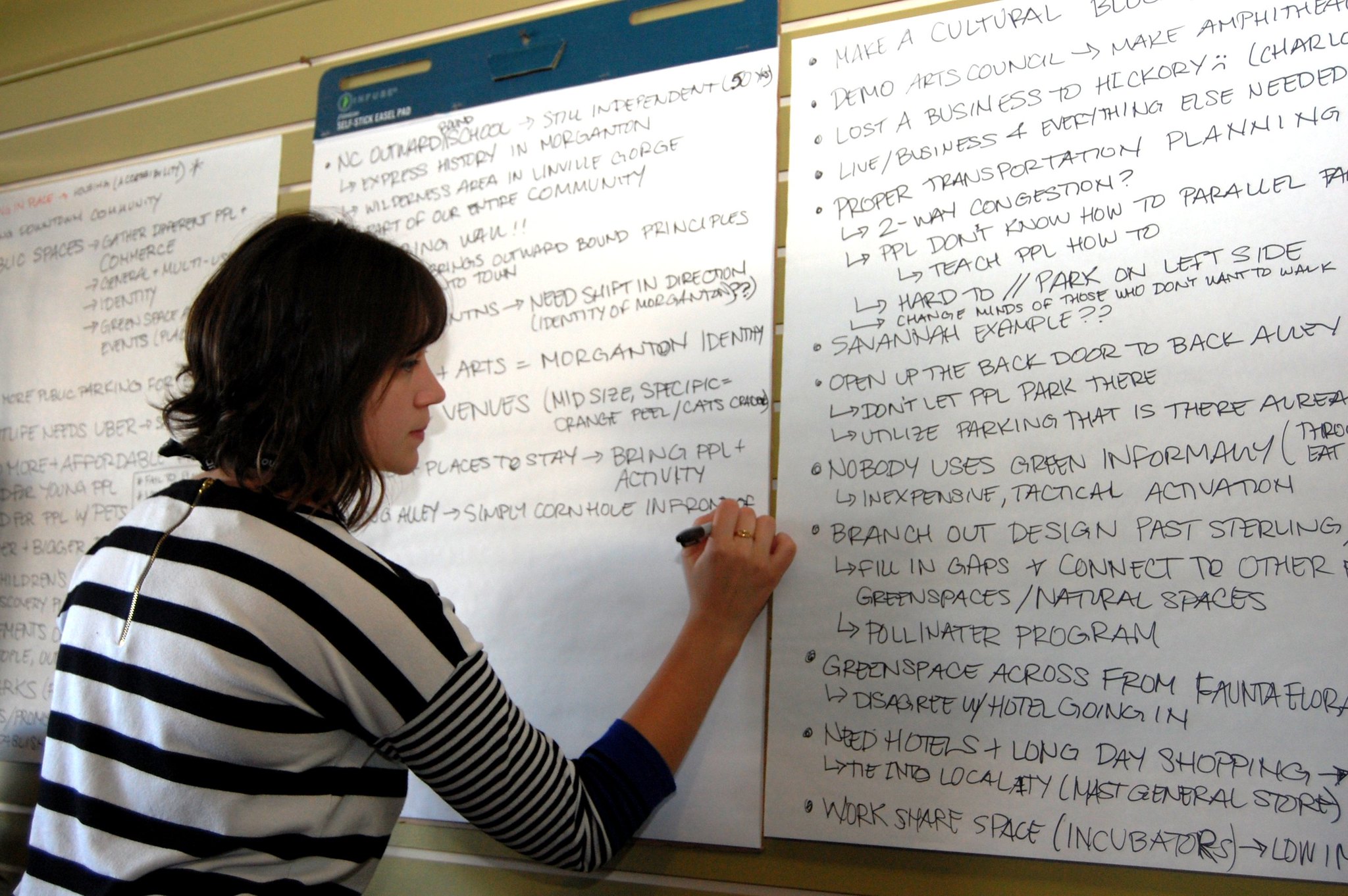 The Downtown Master Plan Charrette Kicked Off last night, Monday, May 15, 2017, at the Historic Burke County Courthouse. About 70 people attended and gave their input. The Charrette continues today through Friday. Stop by the Katz Building, at 116 W. Union St., to participate in more discussions. More info at http://bit.ly/DowntownMasterPlan17. 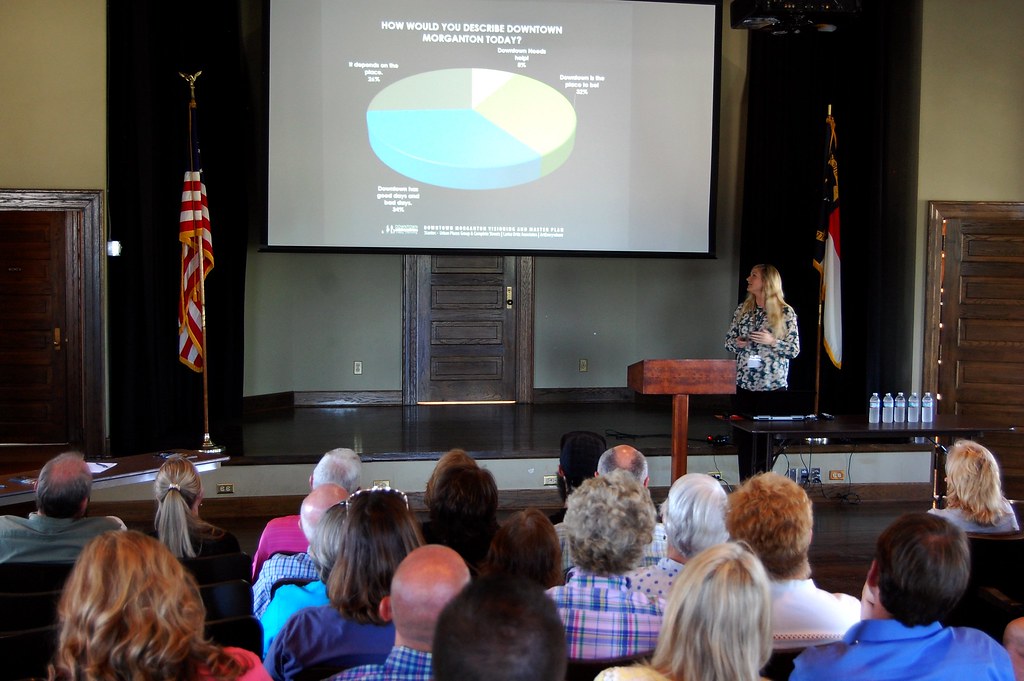 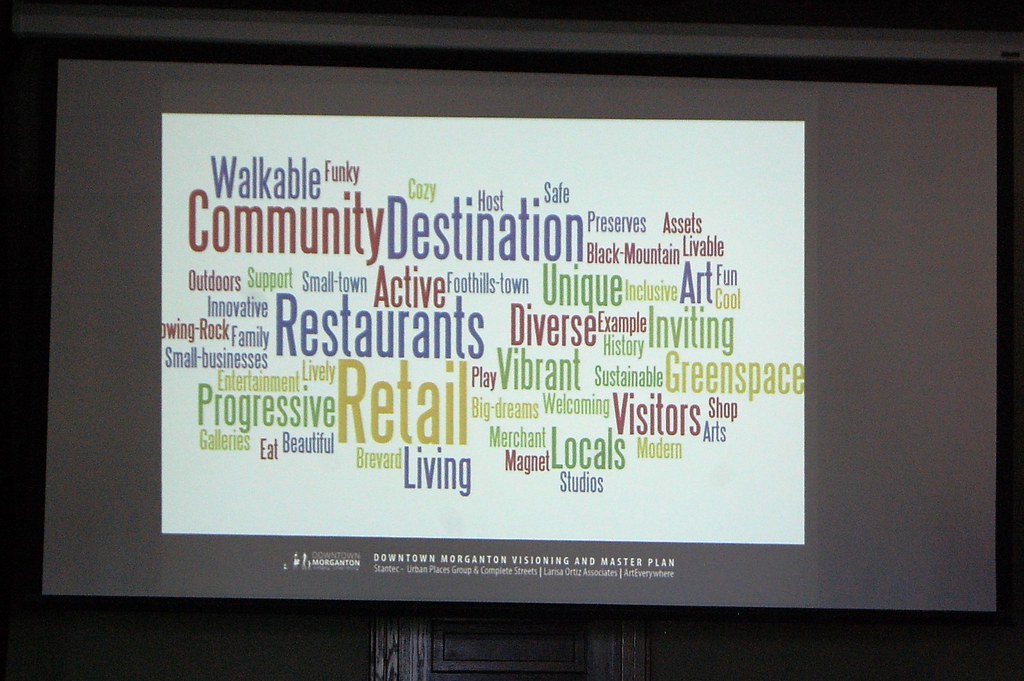 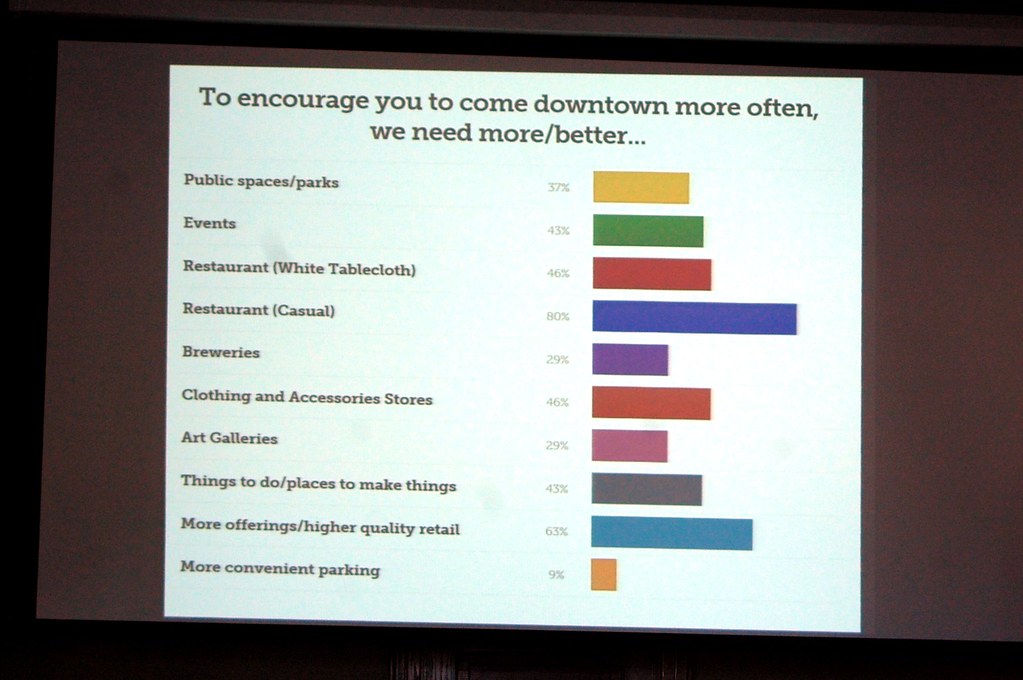 Lots of people dropped by the Katz building yesterday, Tuesday, May 16, 2017, to give their input on the Downtown Morganton Master Plan. Stantec, the consultants, held several round-table discussions on issues such as the Broughton project, converting the one-way streets in downtown back to two-way, public art, and youth engagement. Tuesday night, from 5:30 to 7:30 pm, Stantec staff displayed the work and drawings completed that day. One popular set of drawings were ideas on how to rejuvenate the Historic Courthouse Square into a more user-friendly space. “In our mind, the courthouse square is the most underutilized public space you have,” said Craig Lewis, Stantec. 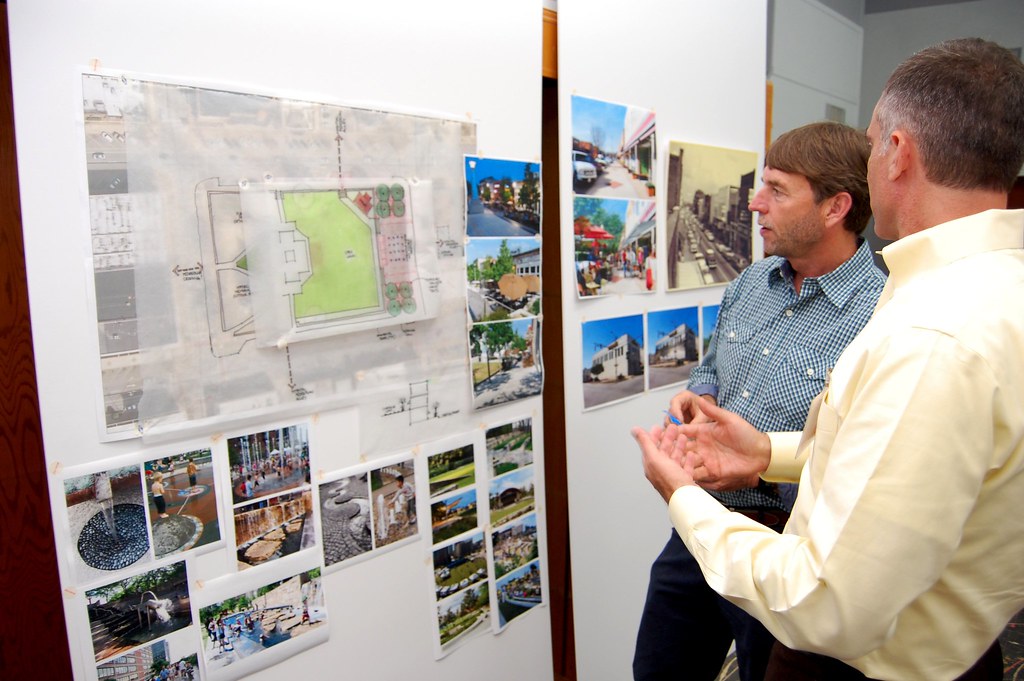 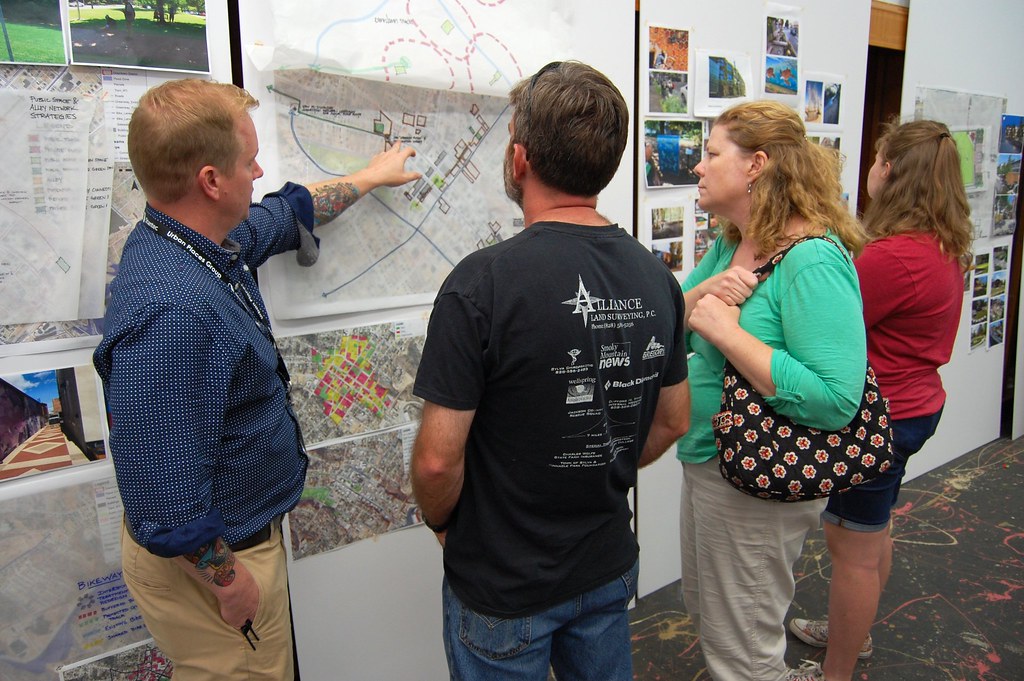 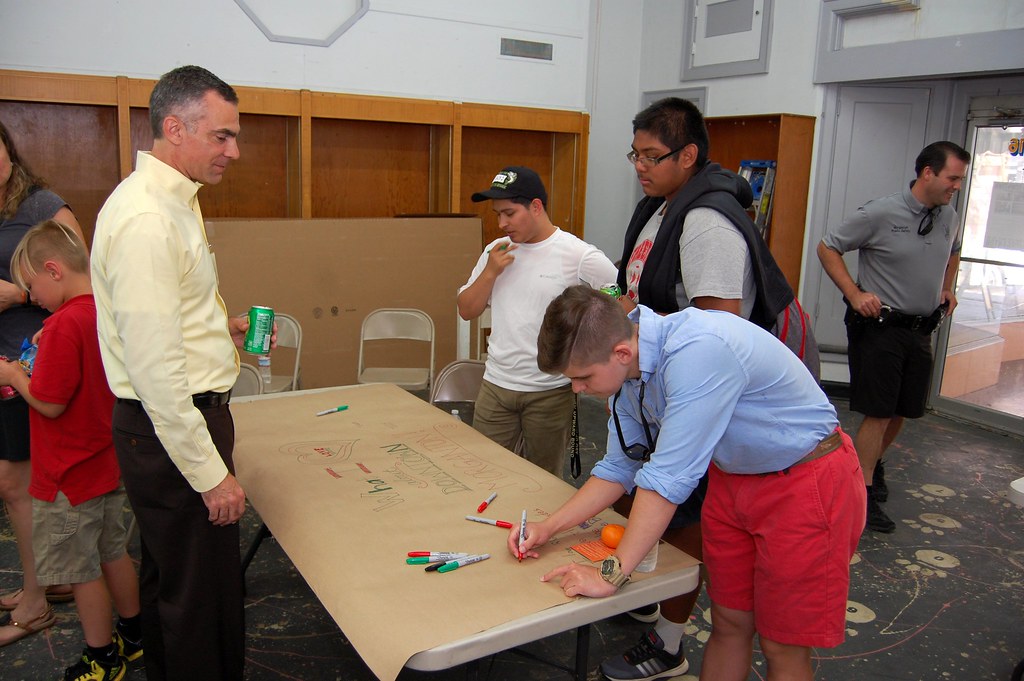 The Downtown Master Plan Charrette Continued Wednesday, May 17, 2017, with day sessions at the Katz building in downtown and another Morganton On Tap that evening at Catawba Brewing Company. The consultants presented more great ideas about downtown and encouraging people to use our public spaces. Two major themes of the planning so far have been “Putting People First” and “Starting at the Square.” 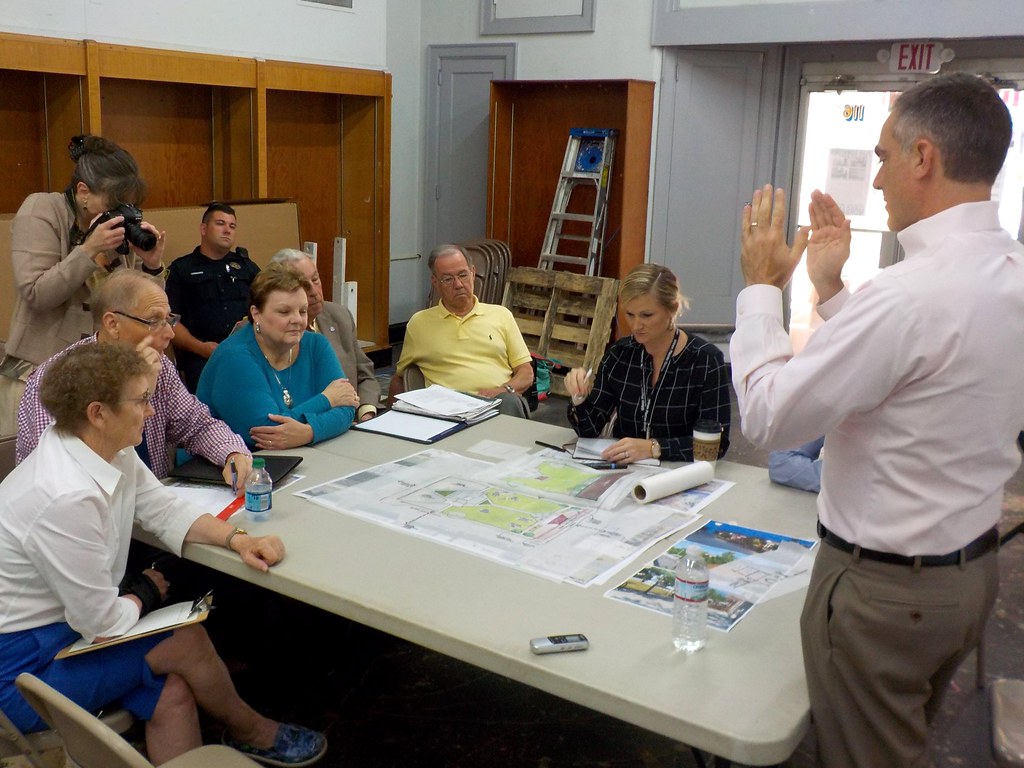 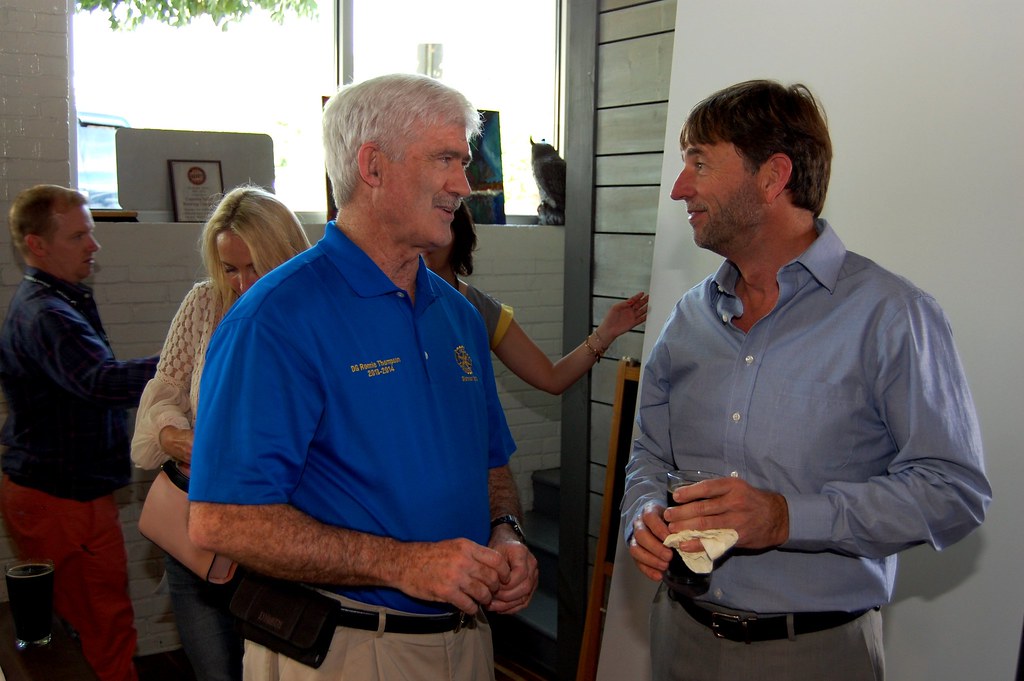 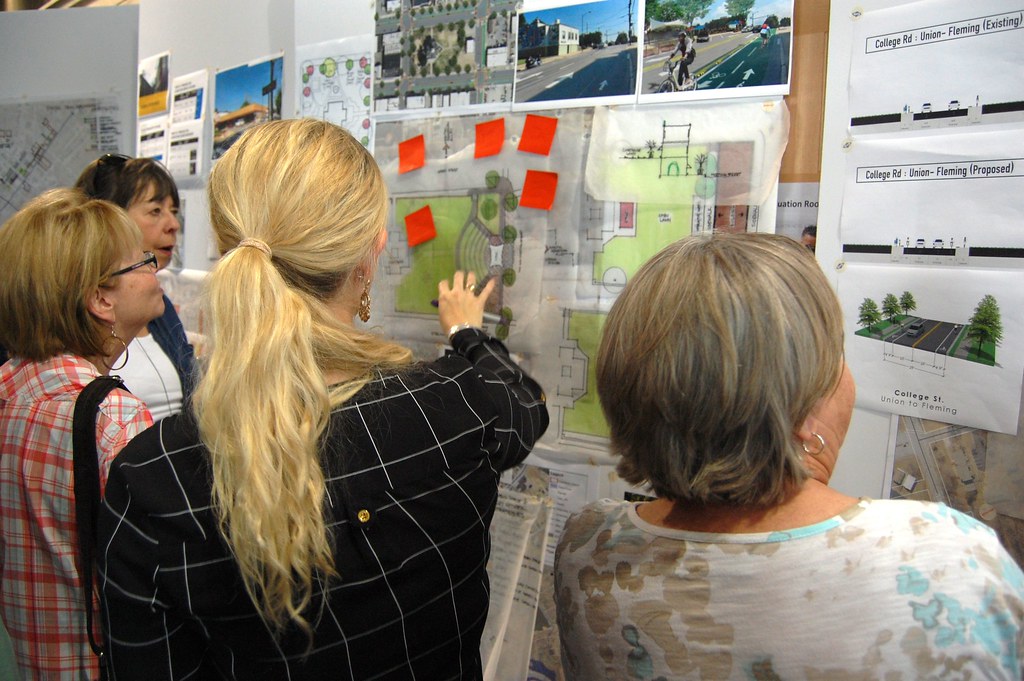 The Stantec staff worked hard Thursday, May 18, 2017, to prepare for another pin-up of ideas at the Katz building in downtown Morganton. 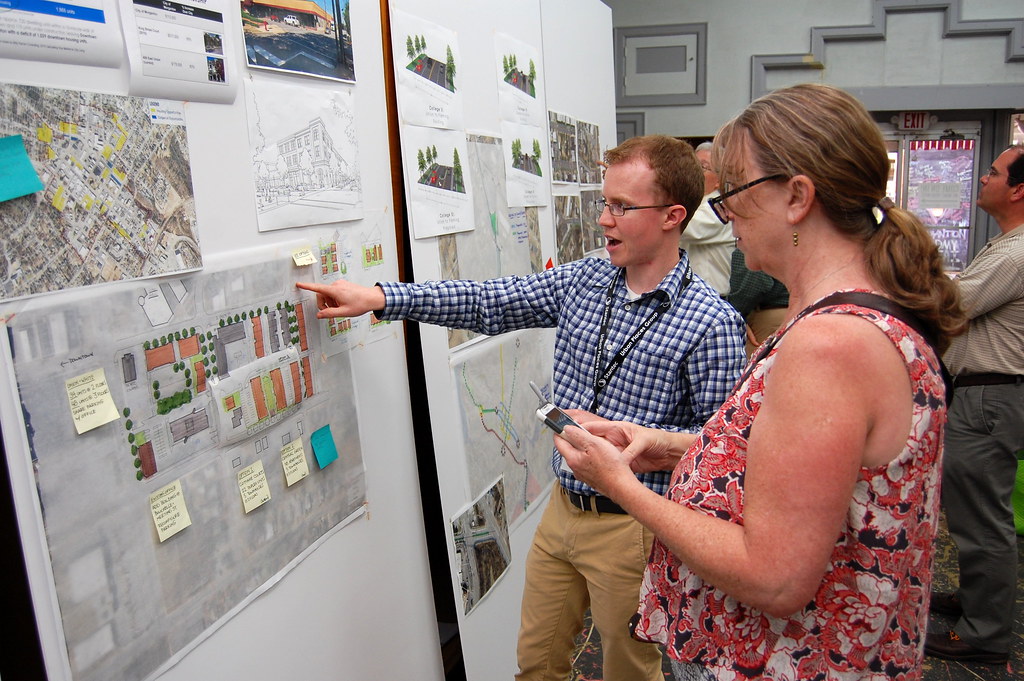 A Stantec staffer discusses ideas with a visitor. 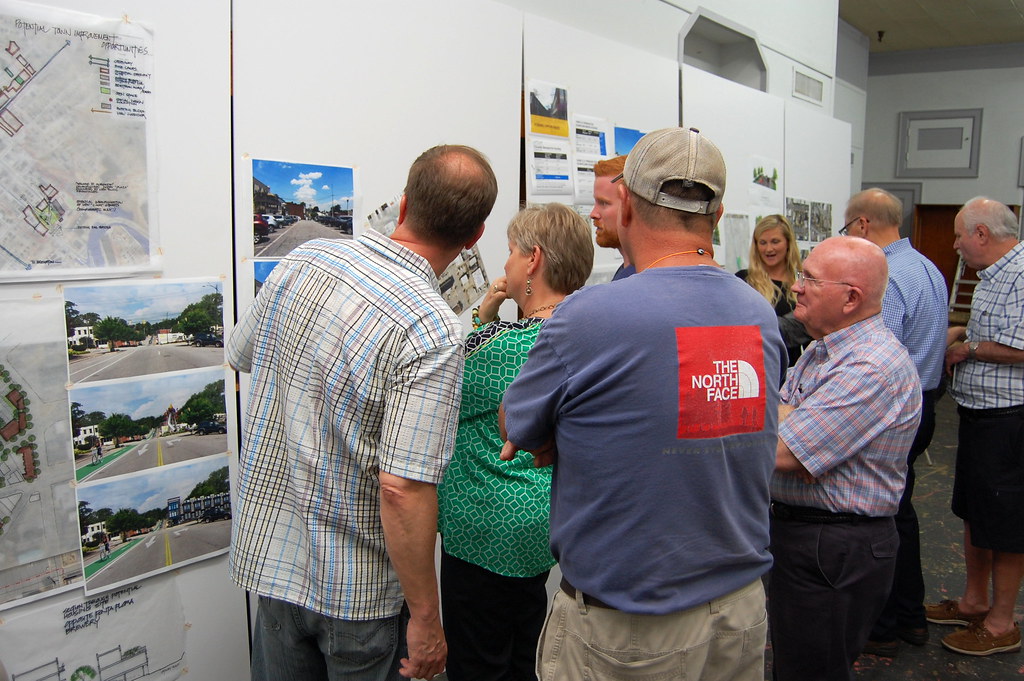 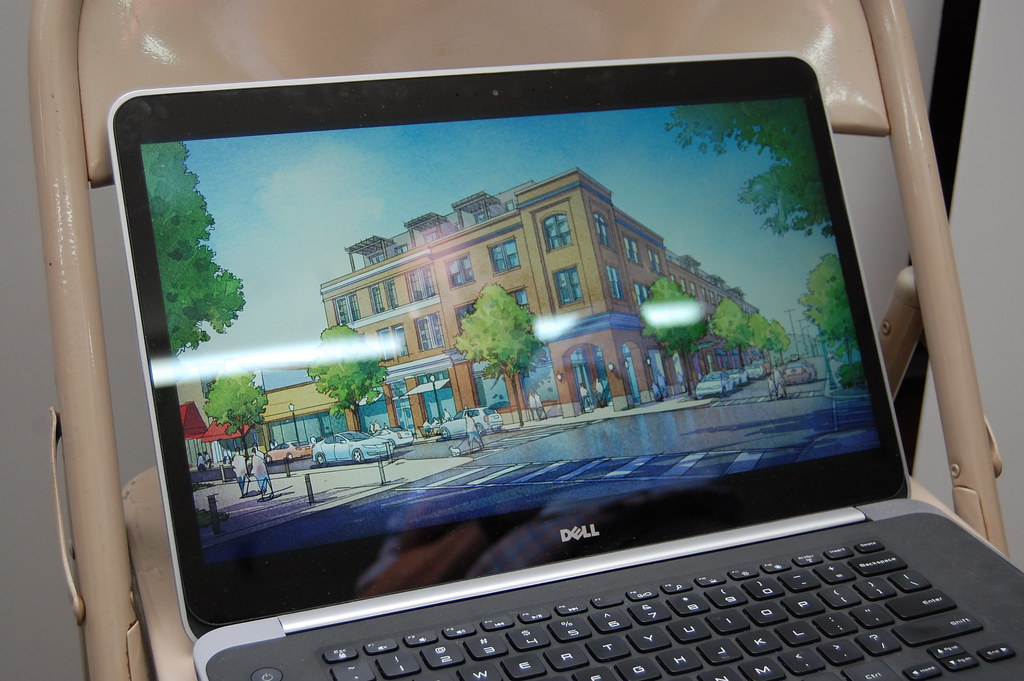 One idea for the old Kimbrell's building in downtown is to turn the building into mixed use with commercial on the first level and residential on the second and third floor.

The Downtown Master Plan Charrette ended Friday, May 19, 2017, with a Steering Committee Meeting. Stantec, the consultants, reviewed a lot of the work completed that week and asked for final input from the Steering Committee before head back to their offices to write and draw up the final plan. The plan will be presented June 7 , 2017. 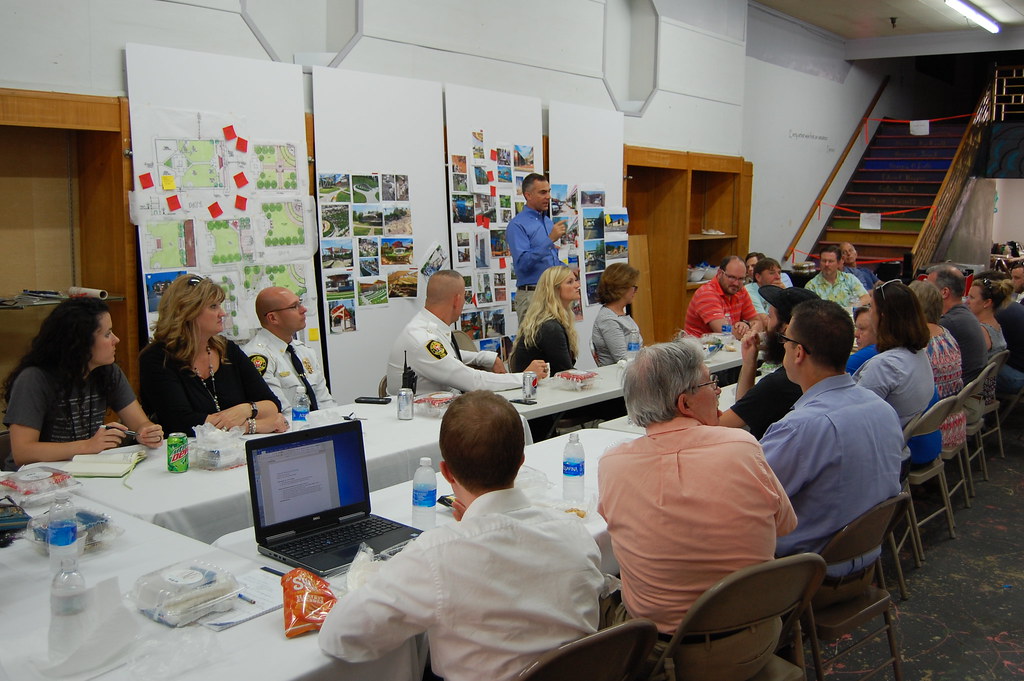 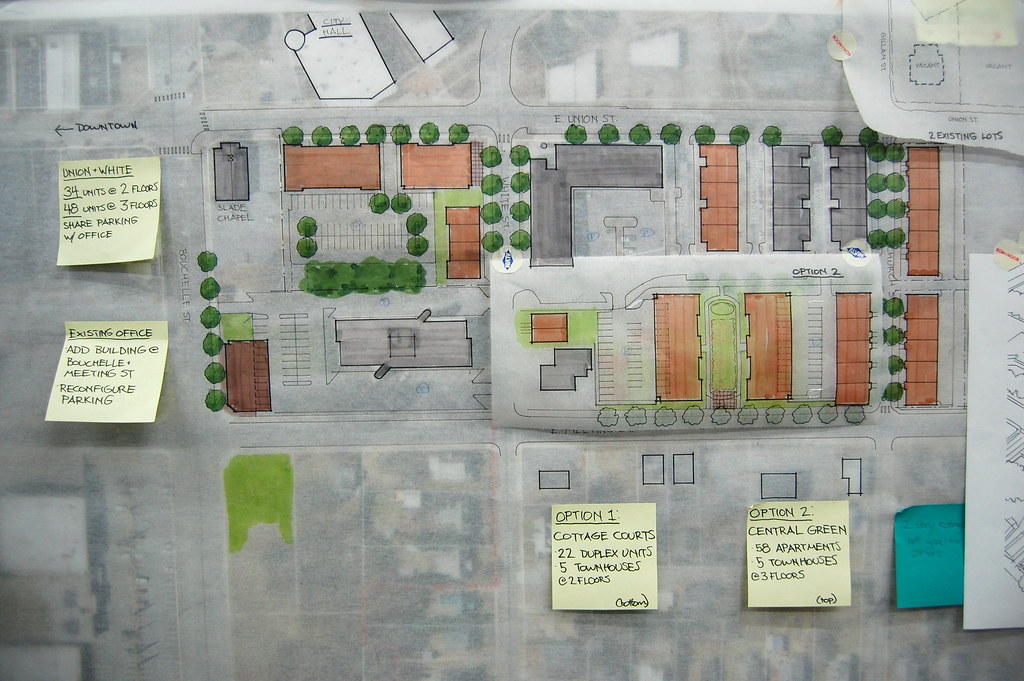 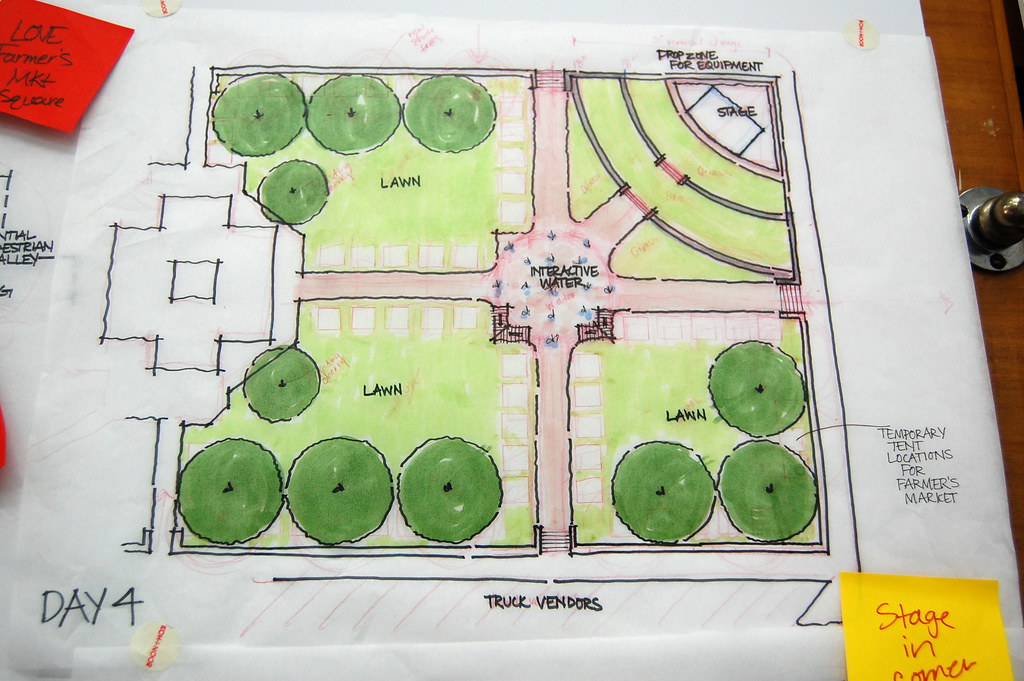 Stantec staffers came up with a lot of great ideas to rejuvenate the Historic Courthouse Lawn.

Stantec unveiled the Downtown Master Plan Draft Wednesday June 7, 2017, at CoMMA. More than 500 people attended to hear the plan and provide input on their favorites of the proposed projects. 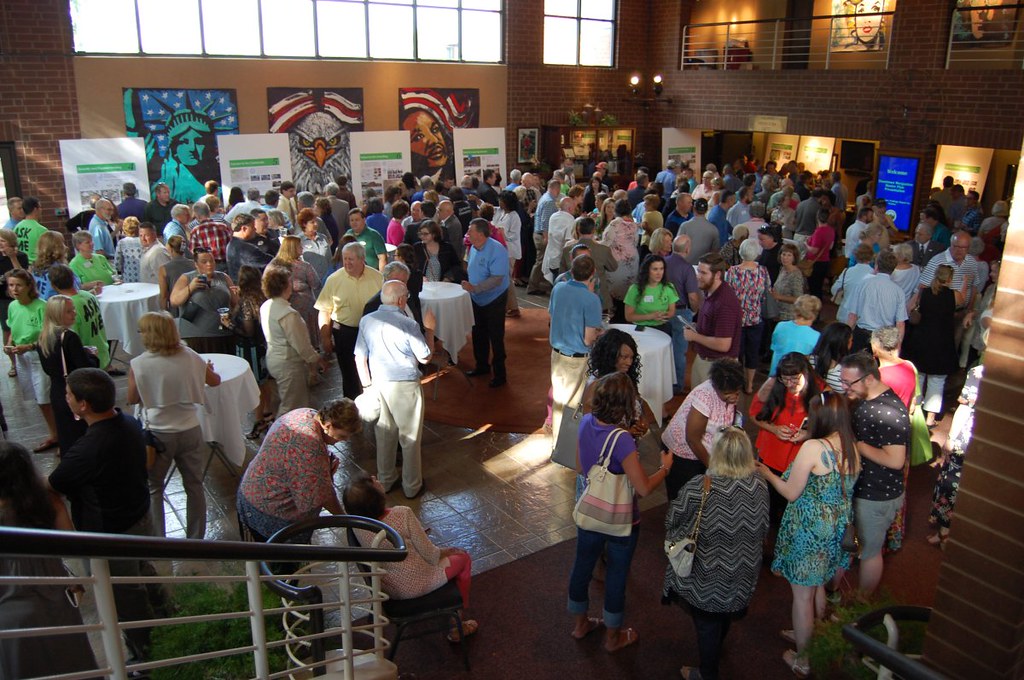 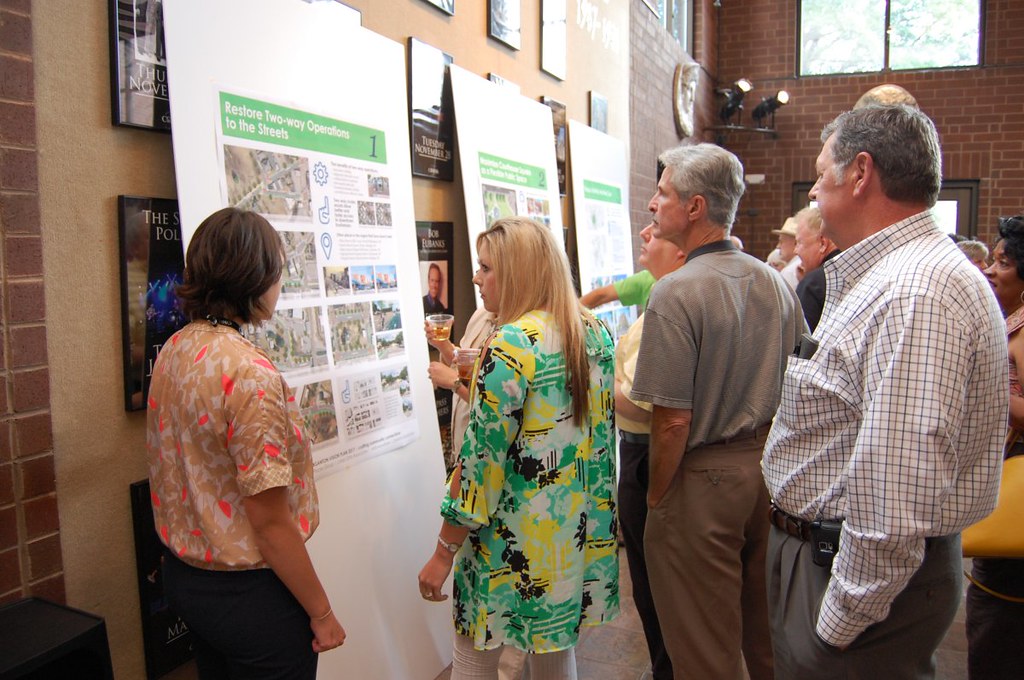 Attendees review some ideas included in the seven key concepts of the plan. 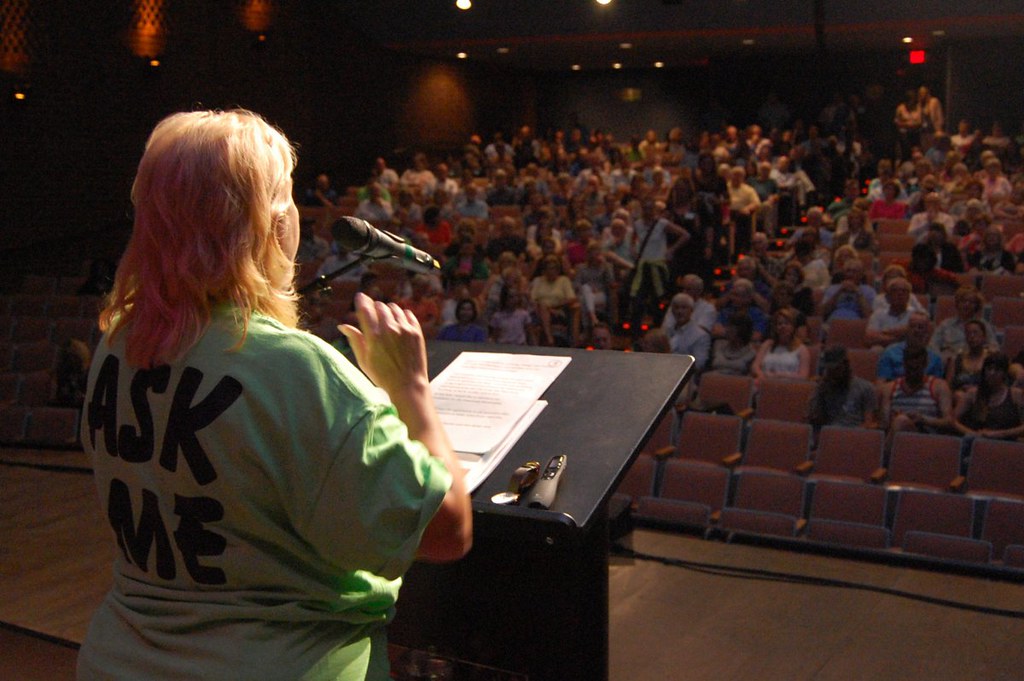 Main Street Director Sharon Jablonski talks to the audience in the CoMMA auditorium.