Catch up on what happened at the latest Morganton City Council meeting.

Go to the Newsroom

City of Morganton Electric Services workmen completed the install of the lights in the Collett Street Gym Thursday, Feb. 25, 2016.

Workers replaced the old 400 watt high pressure sodium lights with 32 new, 200 watt LED lights. LED stands for “light emitting diode.” The lights in the Mountain View gym will be changed in a couple of weeks.

City Parks and Recreation Director Gary Leonhardt said the lights were due for an upgrade.

“The old gym lights were installed in the mid-1980s,” Leonhardt said. “They were the best indoor lights you could get at the time, but they’ve gotten old, they’re making noise, they’re getting dim, and we’re having a lot trouble with them. The noise was terrible; you couldn’t do anything in the gym but play ball.”

After doing some research on lighting, Leonhardt decided to go with LEDs. Leonhardt included money for the new lights in the Parks and Recreation budget. The upgrade will cost $30,000.

“The LED lights run cooler, they’re brighter, and they are definitely quieter,” Leonhardt said. “We expect to get at least 20 years of service.”

In addition to the LED lights, the gyms are also getting new motion sensor light switches to automatically turn the lights on when people are in the gym and off when visitors leave. 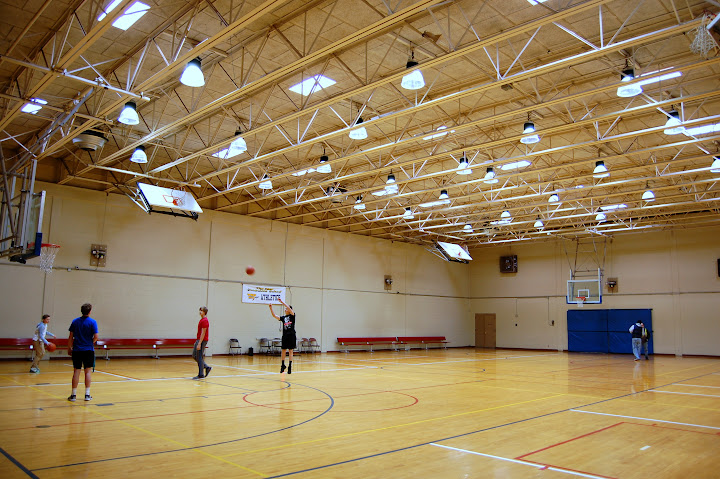 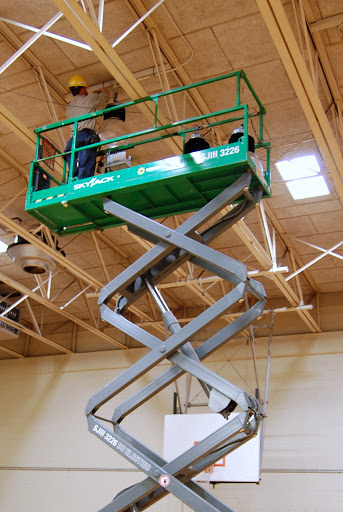 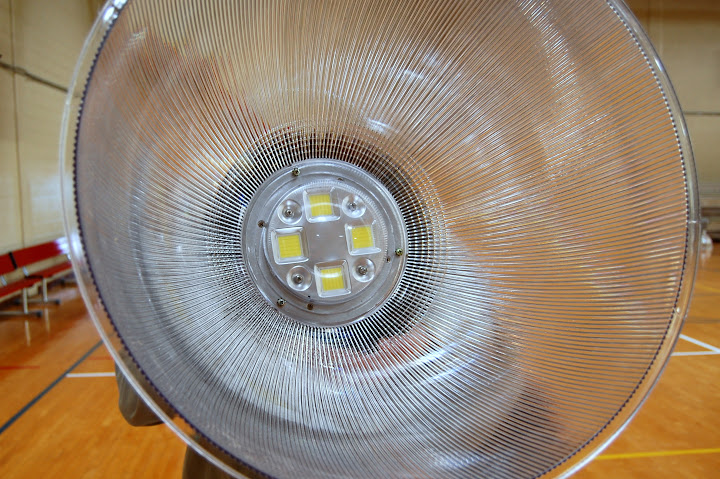 The new LED fixtures generate more light via four clusters of light emitting diodes and use 40% to 50% less electricity. Photo by Joshua Harris. 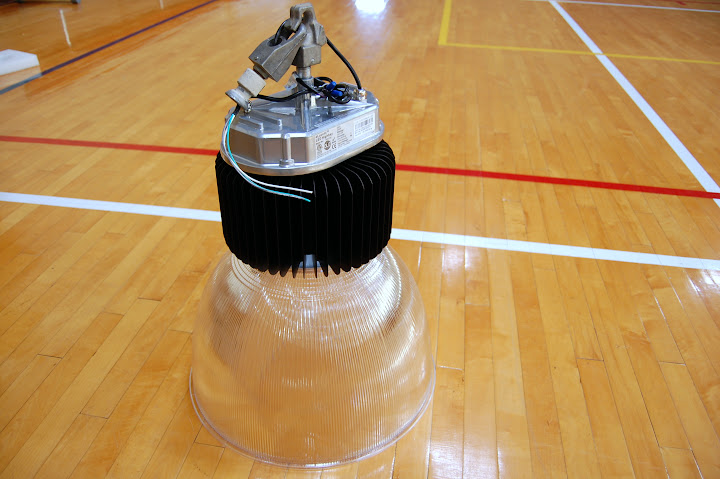 Visit www.discoverburkecounty.com
to plan your visit to Nature's Playground!